Arimatsu Shibori has a history of over 400 years.
Shibori is known around the world, but Arimatsu Shibori has an unparalleled number of varieties and techniques, which is estimated to be more than 100.
In addition, Arimatsu still retains the townscape from the Edo period, and its scenery has been designated as a Japan Heritage. In particular, the Takeda Family Residence of Takeda Kahei Shouten is designated as a tangible cultural property of Nagoya City and attracts visitors as a very valuable building.

As the name suggests, “Patrimoines” is a collection of gowns created from the historical heritage of Arimatsu.
Inspired by the design of the Takeda Family Residence, we are pleased to present three different patterns.

“Pied de Phénix” (Foot of Phoenix)
Inspired by the phoenix painted on the ceiling, we have created a pattern that looks as if a phoenix walked on it.
The houndstooth pattern is called “Pied de Poule” (foot of rooster) in French. So, we named this new houndstooth pattern “Pied de Phénix” (foot of phoenix).
Shibori technique: Tsukidashi Kanoko Shibori
This technique requires a great deal of patience, as each small dot is individually knotted with a thread. The pattern looks like the dots on a fawn’s back.

“La Lune” (The Moon)
Using the moon designed on the transom of the Takeda Family Residence as a motif, the pattern that looks as if it were a collection of fragments of ruins is scattered throughout the piece.
Shibori technique: Koboshi Shibori
It is extremely difficult to express such complex and diverse shapes by tie-dyeing, and this pattern could only be realized by the people of Arimatsu.

“Toits” (Roofs)
The historical streetscape with the tiled roofs gives the illusion of being lost in the world of Ukiyoe.
This work depicts the beautiful waves of the Takeda Family Residence’s magnificent tiled roof.
Shibori Technique: Mokume Shibori
This technique is named after the irregular vertical creases that look like the grain of trees. You can see the high level of craftsmanship in drawing the curves with Mokume Shibori, which is intricate but does not look complicated.

Please enjoy the time flowing leisurely with the history and culture of Arimatsu while wearing a gown.

Arimatsu shibori was started in 1608 by Shokuro Takeda and others. The number of tie-dyeing techniques cultivated over its long history is said to have exceeded 150 at its peak, and all the work is still done by hand by skilled craftsmen. Among them, Kahei Takeda Shoten has produced excellent kimonos and other products with the skill of a master craftsman, and the "Takeda Shokuro" brand has been well known throughout Japan.

Arimatsu-Narumi shibori was first designated as a traditional craft in Aichi Prefecture in 1975, and "shibori" is now a world word. On the other hand, the market for kimonos, once central to Japanese people's lives, has shrunk with the spread of Western-style clothing, and the number of craftspeople has also been declining. The Arimatsu shibori patterns are passed down from one generation to the next, and while some of the patterns can no longer be reproduced, the company is actively working to pass on the techniques and training craftspeople in order to preserve the culture and techniques for future generations. 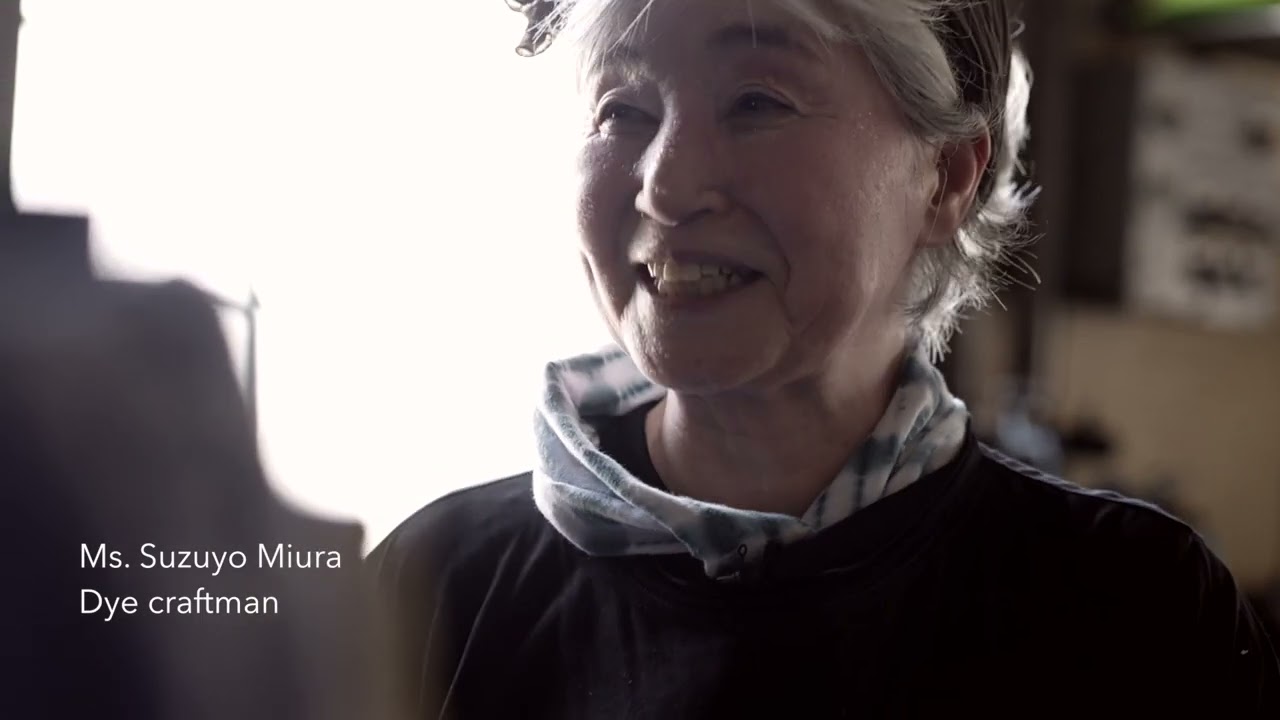