We are pleased to announce the launch of a new jewelry brand based on the high level of craftsmanship and the precise and elaborate cloisonne enamel techniques that Ando Cloisonne has cultivated over its long history since its establishment in 1880.

The word “cloisonne” originally means the beauty of seven treasures scattered in Buddhist scriptures. It has been used as a part of jewelry decoration in Europe and the Middle East since ancient times.
In Japan, especially during the Tempo period (1830-1844), Tsunekichi Kaji, who lived in Owari Province (western Aichi Prefecture), discovered the manufacturing method using cloisonne plates imported by Dutch ships as a clue, and the technique was improved and developed.

Cloisonne enamel ware is characterized by the vivid colors and transparency created by the glassy glaze.
The introduction of new aesthetics into cloisonne, while maintaining a balance between powerful simplicity and splendor, paved the way for design-driven, timeless, modernist art jewelry.

We deliver jewelry that allows you to feel glamorous by wearing the tradition and to better understand the charm of cloisonne enamel.

Ando Cloisonne was founded in 1880 by Shigezaemon Ando. He invited Sataro, grandson of Tsunekichi Kaji, the originator of Owari cloisonne enamel ware, to become the factory manager. In 1900, the company was appointed as an official supplier to the Ministry of the Imperial Household. The company made inroads into overseas markets at the Paris Exposition (1900) and the Glasgow Exposition (1901) in England, and was favored by many collectors under the name of "J. Ando". The many masterpieces of cloisonne enamel ware are said to be difficult to manufacture again, even in this day of scientific and economic development.

In recent years, the company has been actively working on the inheritance of the original Owari cloisonne technique and the development of new techniques, and its products have attracted many visitors to Japan from all over the world in Nagoya and Tokyo. In addition, the company is working to restore old cloisonne enamel ware, develop techniques to meet difficult orders for architectural and other applications, invest in equipment for in-house production of processing processes that are difficult to pass on due to a lack of successors, and hire and train young craftsmen in order to pass on Japan's unique cloisonne enamel ware culture and techniques to future generations. 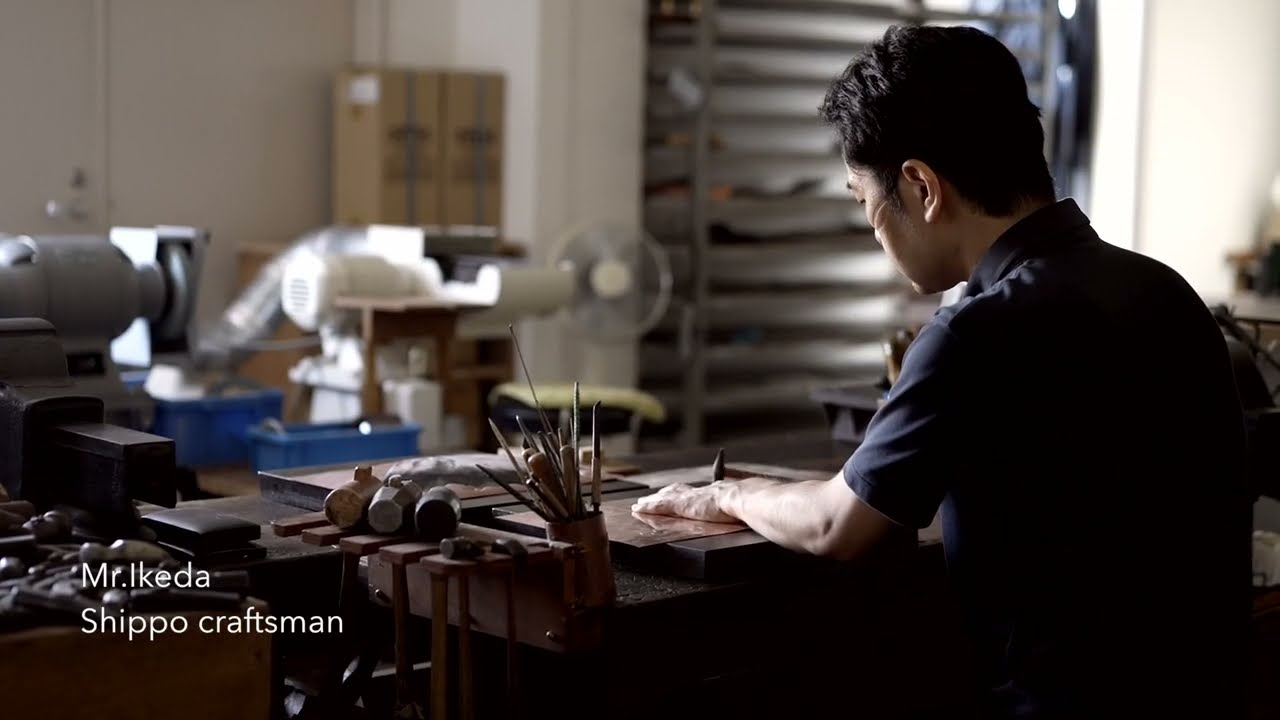